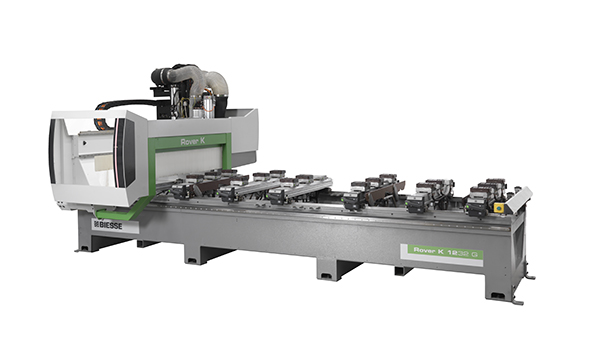 Picture above: Biesse Rover K four axis CNC prepping machine used exclusively on their Composite door line
Profile 22 manufacturer, Kingfisher uPVC Windows and Doors Ltd has invested more than a quarter of a million pounds in new production equipment at its existing factory in Drighlington, near Leeds, West Yorkshire.
But, the introduction of the four new manufacturing units that have already been put into the production process, are not part of the major planned development due to be announced later this year. These have been bought and commissioned solely to maintain the quality of the products currently being manufactured from their existing site.
Stuart Moss, Production Director with Kingfisher Windows, said: “We have a rolling programme for decommissioning machinery and renewing it prior to it causing quality issues that would impact on our end user. These four new machines were simply purchased as part of that rolling programme for Quality Control.
“And whilst it would have been nice to have delayed the installation until such a time as we were ready to move into our new, purpose built factory; there are still a small number of final details needing to be addressed before it’s official launch later this year. We were simply not prepared to delay the replacement of this equipment at the risk of production quality being compromised,” he added.
Included in this sizeable investment were two, in-line, four headed Rotox Horizontal welders and an Emmegi Phantomatic M3 CNC machining centre for their PVCu production as well as a Biesse Rover K four axis CNC prepping machine used exclusively on their Composite door line.
Neil Webster, Managing Director of Kingfisher Windows, said: “Kingfisher has got an exceptionally good reputation both in the Commercial and Domestic sectors and it is something that we have worked hard to sustain throughout our 27year history.
“This supply arrangement is now being extended into the Trade sector where we are opening up new opportunities, predominantly in the supply of niche products, such as Flush PVCu Windows, Retail and Commercial Aluminium windows, Aluminium Bi fold doors and the Lift and Slide aluminium doors that are growing in popularity,” he added.
Earlier this year, Kingfisher Windows announced that they had introduced the full Profile 22 Optima range to their portfolio and have been a long serving manufacturer and supplier of Composite and FD30 Composite Fire Doors to all sectors.
Kingfisher Windows is a major supplier of windows and doors to the Commercial sector which includes social housing, schools and other public sector buildings.
Post Views: 856 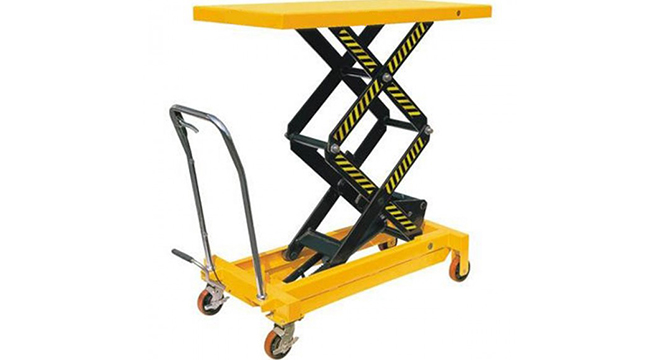 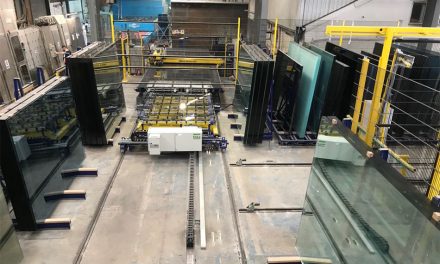 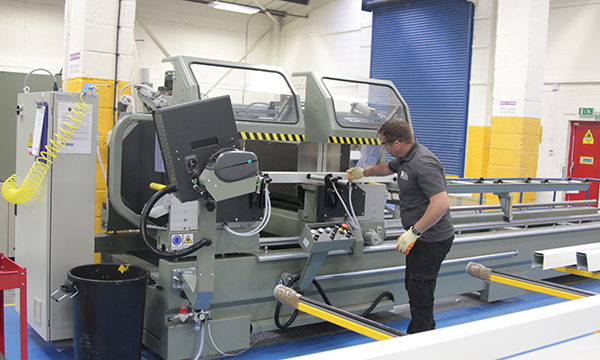 MADE FOR TRADE BECOMES BIGGEST USER OF EMMEGI MACHINES 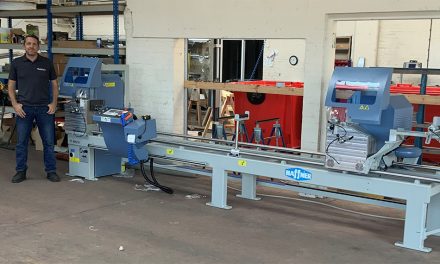