Would You Leave The Window Industry?

Yesterday, I wrote about how new apprenticeship starts had actually fallen a staggering 59% compared to the same period in 2017. This was far from the result the Government will have been hoping for when it launched it’s apprentice initiative in 2015. This was bad news for the window industry, coming at a time when we’re all scratching our heads wondering where the next generation of talent is going to come from?

Well, it got me thinking, if we’re struggling to get people into the window industry, are there people out there actively considering leaving the industry for a change of pace?

We’re at a point in the industry cycle where people are now leaving and retiring, or moving into part time work in other sectors. That experience and talent leaving the industry is not being replaced. This puts added pressure on those that are left.

Just take a step back to take a wider look at the industry. We’re about as diversified as we ever have been, but the industry has struggled generally to adapt to a new world where we have so many products to choose from and so many suppliers fighting for the attention of installers.

This has translated into poorer quality products and slipping customer service. Anecdotally, this is the worst year in a very long time on the quality and customer service front. This for me is a toxic mix of over-diversification of products and under-staffing at suppliers where the workforce is buckling under the pressure of making so many more new and differing fenestration products.

It all ends up being stressful for everyone in the supply chain. Installers having to deal with problems caused by product issues. Fabricators suffering under the stress of remakes and repairs, eating into their time and profit margins. Syscos getting hammered on the supply front in an industry that seems to change every year.

That’s just the product front. Add in the well known skills shortage. We have been suffering for years, yet it actually gets worse. From what I read and have been told by those in a position to know such things, there are more people leaving the industry than coming into it. That can only continue for so long before things start to grind to a halt. Installers are already turning business away as they can’t access the right people to facilitate that growth.

Then there’s the raft of price rises. Some blamed on Brexit, some blamed on “external factors”, some in place just to make a few extra quid. Either way, fabricators and installers have been hit very hard these past 18 months.

Regulation too. Running a window and door company is an extremely difficult job right now if you abide by every single rule, regulation and law to the letter. Each year there seems to be more of it, which has to have a negative impact on productivity and general stress levels.

Simply, there are a lot of reasons in UK fenestration right now to leave the industry and find something less stressful. Question is, are you?

I’ll be honest, there has been times this year where the idea of leaving selling windows and doors has been tempting. I could probably make DGB and the NFAs work to provide a decent yearly income. Would be a lot of screen work and a lot less interaction with people. Tempting, but potentially boring. There’s only so many hours I can spend in front of a screen.

Then there was my flirtations with journalism. Starting DGB really peaked my interest in becoming a journalist. Foreign affairs and business news are particular interests of mine. But that would mean going back into education, and I left that a year early to go into work so I’m not sure that would have worked out.

Animals are a love of mine as well. We have pet Chinchillas, bugs (other than wasps) fascinate me, wildlife in general really. A new career working with animals is also a pull, but again, that means education again. Still, would be extremely satisfying to work with this planet’s amazing creatures and get to go home and not worry about that one pain in the arse customer being difficult for the sake of it.

How many of you out there in the window industry have thought in the past 18 months “there’s got to be something better out there”? I bet there is more than a few of you. When I first joined this industry it was nowhere near as difficult as it is right now to work in it. Each year has got progressively worse, to the point where the whole family is thinking “is this really worth it”?

I cannot be the only one. Have you thought about starting a new life outside the window and door industry? Has the environment we now work in caused you to second guess how long you want to be in windows for? Please leave your own thoughts and comments via the section below. Get involved! 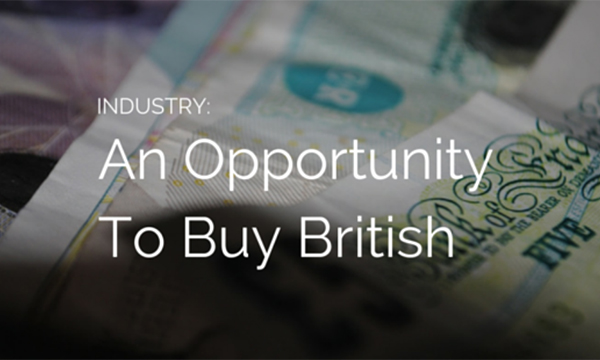 An Opportunity To Buy British

More Than Anything Else, Service Is Most Important