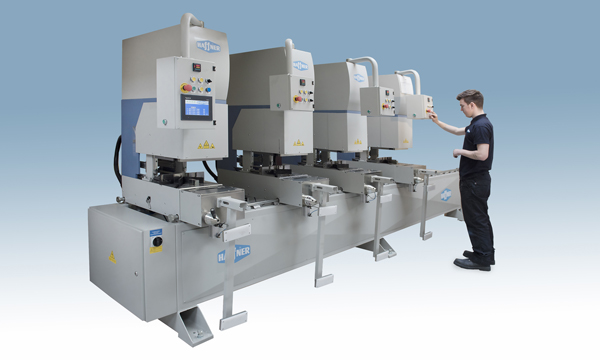 West Midlands’ fabricator World of Windows Ltd has just invested in a new SMR-4 four head welder from leading machinery supplier Haffner Murat. World of Windows Ltd’s Wayne North commented: “This investment has improved the accuracy, quality and fabrication speed of our manufacturing. For a company that has built its name on the quality and service it offers like we have, these are incredibly valuable benefits.”

Wayne is also quick to praise the service he received from Dave Thomas, Managing Director of Haffner Murat. “Dave gave us invaluable advice on our investment and ensured that our purchase was the one that was right for our business. His understanding of what was needed was second to none.”

Like many fabricators, Wayne had assumed that second hand machinery would be the best investment for his business and initially approached Haffner Murat for a second hand welder. During his site visit Dave Thomas noticed that the factory’s set up meant that investment in a new SMR-4 four head welder would be a better choice for the company, because it meant two ageing and inefficient machines would no longer be needed. He introduced the machine and what it had to offer and Wayne agreed that the investment would make better sense. Wayne commented: “The SMR-4 has given us all the benefits we expected. It’s also given us benefits we weren’t expecting. We’ve saved space in the factory and reduced our electricity bills, for example, which were factors we hadn’t previously considered.”

The SMR-4 four head welder is the fastest and most accurate in line welder on the market today, thanks to features such as automatic head positioning and automatic corner and transom support fence positioning.

World of Windows is a family-run company that has been running for over 10 years. It manufactures, supplies and installs doors, windows and conservatories and supports both trade and retail customers. The company has a customer-focused ethos and a commitment to quality that means that most of its work comes via referrals, a fact that speaks for itself.

Wayne concluded: “We’re very grateful to Dave for his input because we’ve just made an investment that has added a lot of value to our business. We’ve never invested in new machinery until now but we’re completely converted – in fact, we’re already looking at another purchase from Haffner Murat in the near future!” 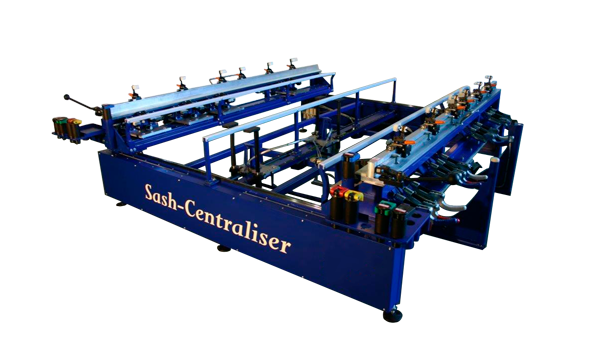 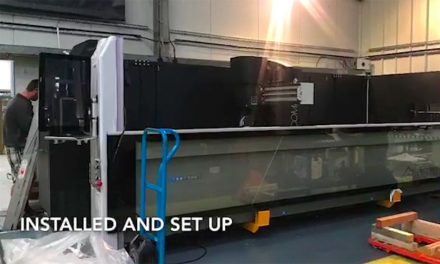 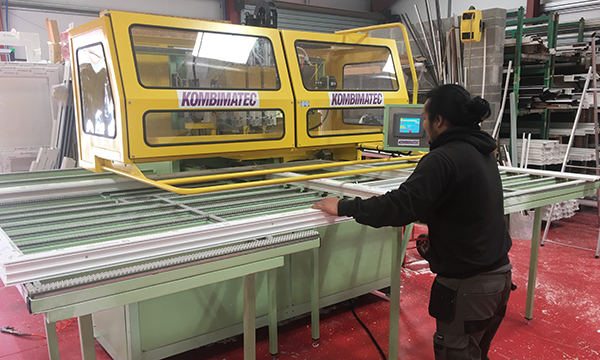 TRADE FRAME DOUBLES UP WITH KOMBIMATEC 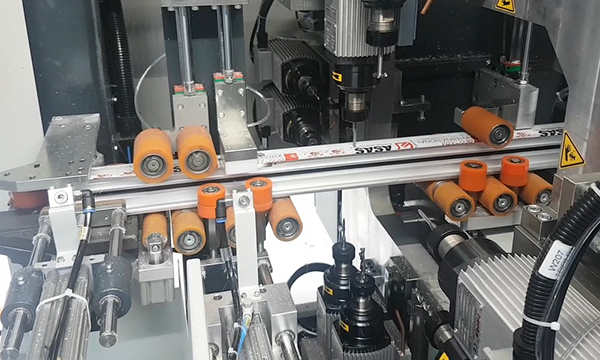