TAKING CARE OF YOUR OVERHEADS 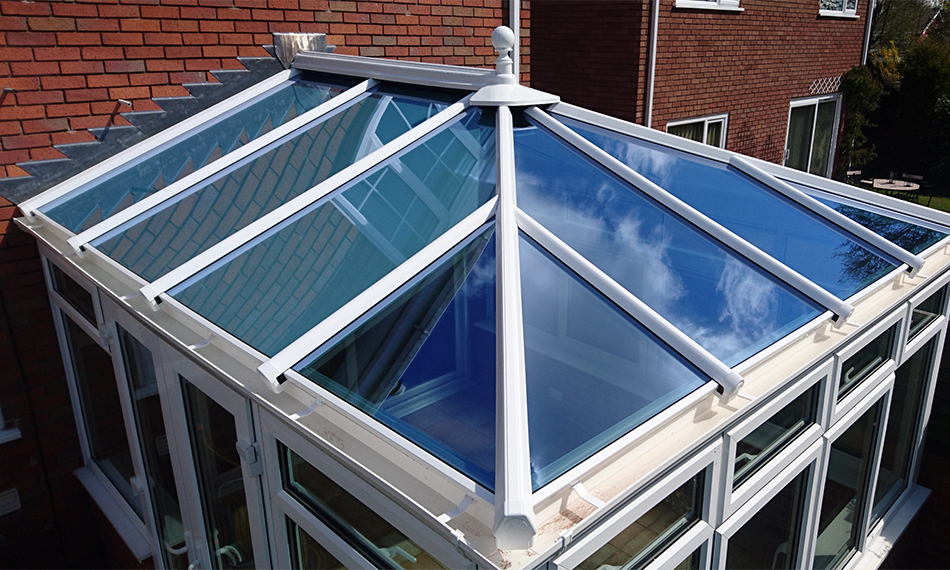 With conservatories, Orangeries and Garden Rooms becoming ever-more sophisticated, the correct choice of glass – and not just for roofs – has never been more important says TuffX MD Graham Price

Remember when conservatories could be separated into three categories: lean to; Victorian; and Edwardian? And the last two were virtually identical apart from a finial or two.

All that has changed and for the better with a much-needed renaissance in the last 10 years that was seriously overdue. Frankly conservatories had become dull and boring with designs that had not changed since their inception. And yet I recall that one large home improvement retailer had banked their future on conservatories when it was widely believed that replacement windows had reached the end of the line with almost 90% of UK homes having had their windows replaced. 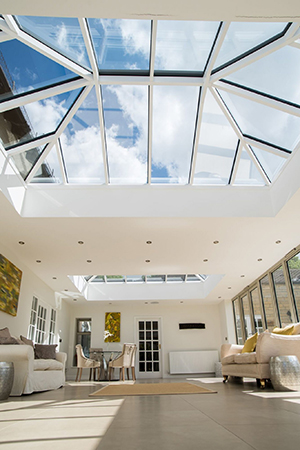 Thankfully however, homeowners continued with their passion for lavishing money on their castles with new windows remaining high on the list of must-haves. Which is just as well because the connie revolution never came. Fortunately the conservatory industry has since reinvented itself and as a result, homeowners now have an extraordinary choice of glass-based structures to choose from. In turn, the ‘conservatory’ industry has enjoyed a revival, if not actually in the volumes once foreseen as being the savour of the ‘double-glazing’ industry.

Within this resurgence, the choice of glazing options has also undergone something of a revolution, with my company TuffX playing its part. In fact, we became specialists in producing high performance roof glass for conservatories under the Cervoglass brand, which we launched almost exactly 16 years ago in February 2004. Since then we have developed our ranges of roof glass, now marketed under the Ambience brand and which include combinations designed to allow modern ‘conservatories’ to offer levels of performance that are at least the equal and often superior to the host property.

Added performance benefits include combinations of self-cleaning with solar control or privacy glass for example, and with wider spans to reduce the number of muntin bars required. But we have the capability to produce tailored combinations to suit the needs of our customers. In fact, some of our most popular standard products began life in that way.

However, as conventional conservatories have given way to a host of other ‘glass-based’ styles then so too have we developed a range of other glass roof products. Of these, our rooflights are the most obvious, ideally suited to the orangery-styles that have led homeowners away from the classic glass rooms. Designed to allow in the maximum amount of light whilst maintaining thermal efficiency and good looks from either side, our contemporary high quality flat fixed rooflights are manufactured with a choice of either triple glazed toughened safety glass which has a U-Value of 0.7 w/m2 or double glazed glass which has a U-Value of 1.2 w/m2. They are available in a choice of clear, solar and privacy glass. And all glazed into an Anthracite Grey powder coated aluminium thermally broken frame.

Despite all of this our focus isn’t entirely overhead. Technological advances have now allowed us to develop and offer ‘Glow’, which are glass units installed in bi-folding doors (or any glass door or panel) that can replace conventional radiators and other heat sources. They are especially ideal for new glass extensions and conservatories as they prevent the need for expensive radiators with their pipes or wiring and free up wallspace that would otherwise be taken by radiators. An electrical source heats up special coatings on the glass to produce excellent levels of heat. This product, which we call Glow, comfortably produces enough heat to warm rooms at least as efficiently as conventional.

Things are looking up – and sideways – for the future of the modern conservatory. And glass is playing an enormous part in this. 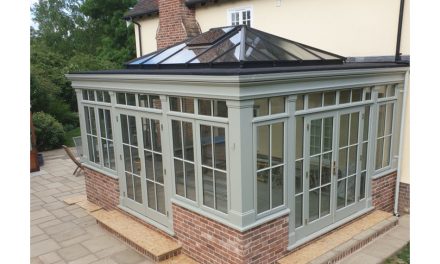 TUFFX: ADORNING THE COUNTRYSIDE WITH A BEAUTIFUL ORANGERY

THE FUTURE OF CONSERVATORIES 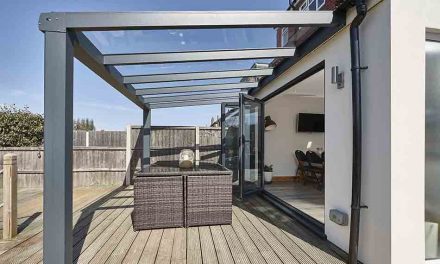 TURNING EVERY DOOR INSTALLATION INTO A VERANDA OPPORTUNITY WITH ALUK 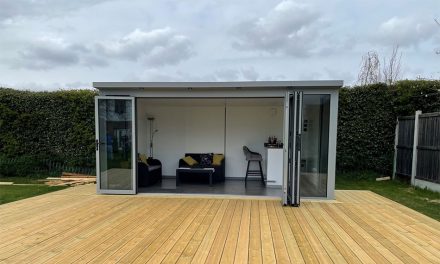