Stability over ‘boom and bust’ 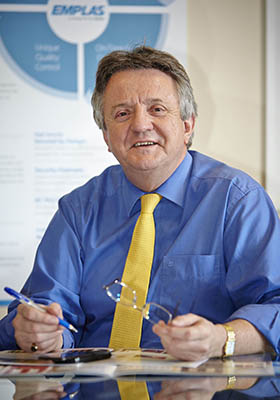 2014 has seen a return of stability to the window industry. ??? reviews the past 12 months and looks ahead to what 2015 may have in store.

FEATURE:  2013 was an exceptional year, consigning an exceptional period for construction – we hope – to history. It was the year that after four years of depression markets picked up and confidence returned. Throw in the Government’s Help to Buy scheme and the increasing availability of loans and mortgages and a latent demand, there since the mothballing of projects post-2008, was released.

So what of 2014 and what of the prospects for the industry going into the New Year? Well, latent demand is still there but analysis suggests that growth in 2014 has been more sustainable, consistent and predictable – things that should make welcome reading for a construction sector still scarred by the dark days of recession.

“If you look back at 2013, it really was quite out of the ordinary”, says Mike Crewdson Sales and Marketing Director at Northamptonshire trade fabricator, Emplas. He continues: “In May and June things started flying. Our customers were suddenly seeing full order books, not just for a couple of weeks ahead but eight to 10 weeks ahead.

“That was great but in our experience with one or two exceptions, this growth wasn’t sustained. August was rather incredibly our busiest month, then things started to tail-off from September to the end of the year.

“2014 has been different. We haven’t seen that massive release of latent demand but we have seen sustained growth throughout the year so that by October we had hit a record month for both new business and overall volumes”.

This is consistent with figures for the construction sector more broadly. The Markit/CIPS Construction Purchasing Manager’s Index (PMI) increased to 64 in August over 62.4 in July – the fastest pace of growth for seven months and the 16th month in a row that the index has been above the 50 point mark.

That latent demand played its part in recovery in 2013 is indisputable. This may have slowed in 2014 but remains important nonetheless and according to Crewdson can be expected to exert a continuing influence into 2015, particularly in new build.

Lloyds Banking Group, for example, said in October that at least 60,000 new homes need to be built in Britain every year above the current level of supply to ease the country’s housing shortage. Crewdson adds, “It doesn’t take a genius to work out that demand from new build is short of some sort of wider economic collapse, going to be sustained into 2015 and beyond.”

Crewdson reports that the fabricator has successfully supported a number of its retail customers move into new build in the last 12-months. This approach has been central to Emplas’ success. Supporting its customers in identifying and moving into new markets to support their own growth and by implication that of Emplas itself, is a central tenet of the fabricator’s Installer Partnership.

Launched at the end of the summer, qualifying installers get everything from a free PC, laptop or tablet to allow them to access Emplas’ 24/7 online and order tracking service to exclusive sales areas and their own branded tape. They also get access one of the industry’s most competitively priced composite door ranges alongside one of the UK’s largest product portfolios.

But the G14 Fabricator of the Year Finalist, the Installer Partnership is also about much more. It targets long term and sustained growth through training and development. “As a business we have supplied large scale commercial contracts and new build for years alongside our core trade business, so we have learnt from experience”, says Crewdson.

He continues: “We share that experience with our customers as part of the Installer Partnership. The new build sector isn’t just about the big house builders. We have a number of retail customers who have won business from smaller developers and successfully expanded into the commercial arena. With focus on regional house building going into 2015, the new build sector is definitely worth exploration.”

Separately forecasts for the housing market remain largely positive. Analysts suggest that by the end of this year, house prices will have grown by an average of 7.8 per cent, the biggest leap since 2007 although warn growth is unlikely to be sustained at existing levels into 2015.

“We shouldn’t be too alarmed by this” says Crewdson, “You would be hard pushed to find anyone who believed that house price increases were sustainable at the seven percent rate. We also can’t expect interest rates to remain at the levels that they have been – there is going to be an inevitable adjustment.

“But I don’t see this triggering any sort of a crash, it’s simply about bringing back house prices to a more sustainable level after the market got a little ahead of itself this year.”

The more significant factor going into the New Year is likely to be the UK’s wider economic performance. The Bank of England stated earlier in October that it expects UK GDP growth to reach 3.5 per cent this year, slowing to three per cent next year. “Consumer confidence is high at present because the UK economy is growing”, says Crewdson, “it directly impacts on consumer confidence and how much that they’ll be prepared to spend on larger ticket items.”

So what of the big ticket items? Emplas offers one the industry’s most comprehensive product ranges. Developed during its own direct experience in the retail sector, developed through its own Northamptonshire-only retail business and G12 Installer of Year T&K.

Alongside conservatory/orangery hybrids, bifold and sliding doors, casements and vertical sliders, it also includes one of the industry’s most competitive composite door ranges.

Redefined by Emplas as part of the launch of its Installer Partnership, this features 15 classic styles plus solid doors including panel, cottage and flush finishes, in addition to a range of contemporary designs.

In addition to standard colours, Emplas offers heritage colours including Chartwell, Duck Egg and Ice Cream through to a host of specialist finishes. It also includes an exhaustive glass range that features triple glazed units as standard while hardware is Fab&Fix with high security cylinders and cylinder guards, again as standard.

“We know that the composite door market will grow again in 2015, which is why we have reinvested in our range this year to allow our customers to maximise the opportunities that this delivers”, says Crewdson.

He continues: “What we would observe is that the opportunities are there and will be there in 2015 but it may be that installers need to apply a little more lateral thought in maximising return on them than they have this year but they will we there and we’re looking forward to working alongside our customers to help them exploit them.” 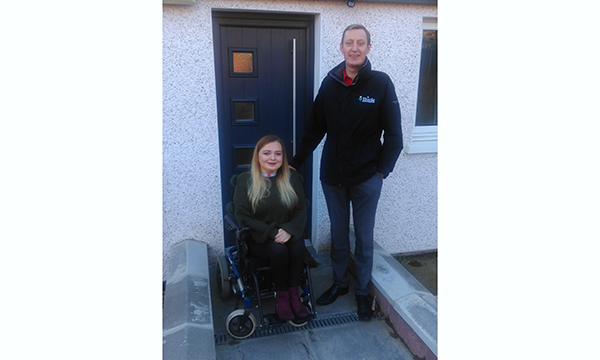 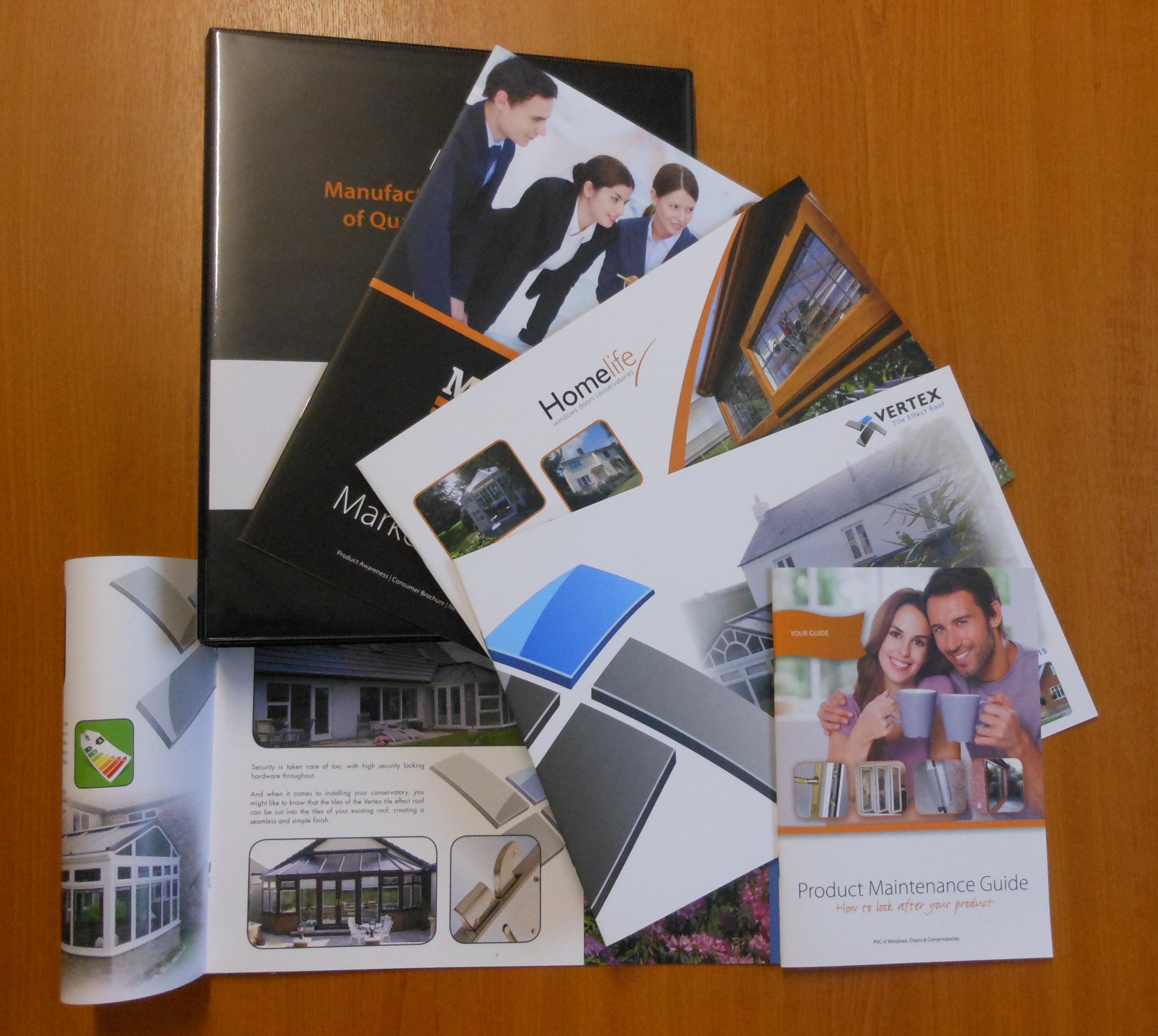 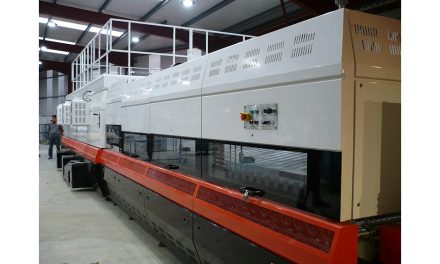 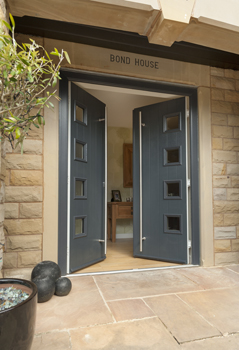