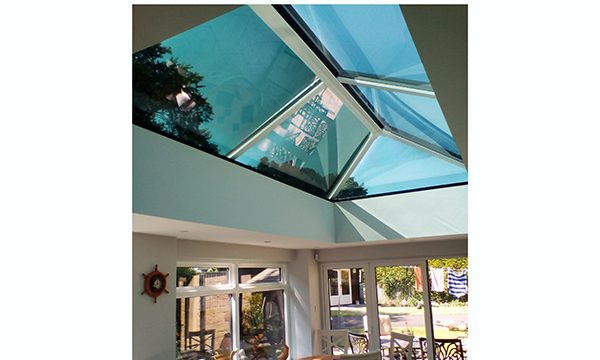 As temperatures have soared in early June, the lucky first few consumers with the test installations of SMARTGLASS® Dynamic have been somewhat overjoyed and genuinely astounded with the performance of their glass, which offers unsurpassed G-values in the roofing plane with self-tinting technology.

With temperatures touching 30 degree Celsius in many parts of the UK, Mr Haydon Edwards was one of a lucky few that have adopted the recently launched SMARTGLASS® Dynamic, which is a self-tinting glass technology. His lantern roof now provides an acceptable temperature in which to sit during the early afternoon sun, with current temperatures dictating that only the most shaded or technically advanced glazed rooms are habitable. By evening time, the glass is reverting back to a clear state as the surface temperature falls.

It’s also a future technology that’s hugely exciting for Mr Edwards, who is providing considerable feedback on a near daily basis, as to the ground breaking nature of this self-tinting glass technology. Each panel reacts independently of one another due to the position of the sun, as he points out and the environment changes shade throughout the day to help keep internal temperatures low and excessive glare to a minimum.

He’s also been able to ascertain that this new glass genre almost helps eliminate nearly all glare from a television and also importantly, will help preserve the nature of furnishings and fabrics. He’s one of the first consumers in the UK to adopt a dynamic living environment with a test installation and has openly offered for others to see it in action.

Jason McCabe, commercial and site director for Clayton Glass commented: ‘This lantern roof case study from Mr Edwards is further evidence of the fact that this ground-breaking, self-tinting glass technology works in situ. In time, we fully expect forward think installers to join us in helping to bring to market this dynamic glass revolution, particularly in showroom environments.’

For a free SMARTGLASS® Dynamic sample kit and a 2017 Product Guide, e-mail enquiries@smart-glass.co.uk or call the sales office on 01207 288200. You can also add to their growing Twitter following @ClaytonGlass and find further product information at www.smart-glass.co.uk. 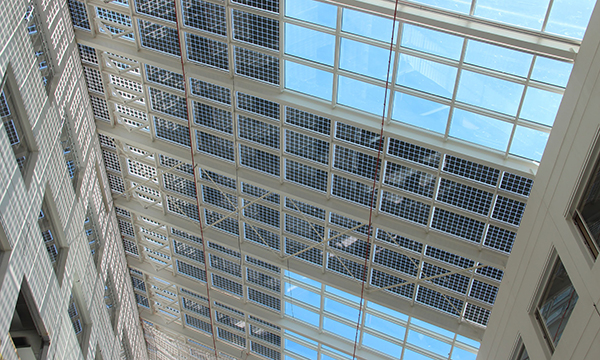 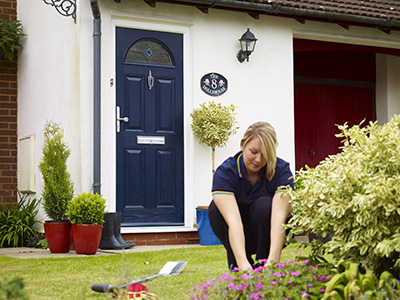