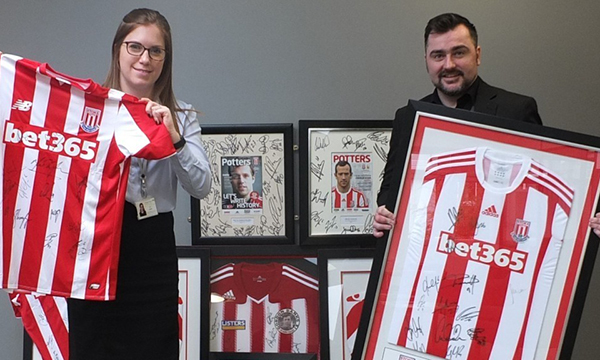 As official partners of Stoke City for over six years, the donation includes signed and framed programmes, shirts and footballs, including shirts from Stoke’s 2016/17 ties with Hull City and Watford. The collection even includes a framed, Listers sponsored shirt for an XI formed by World Cup winning keeper Gordan Banks, and a framed athletics shirt from British pole vaulter Steve Lewis.

The special lot will be up for grabs as part of a fundraising auction, taking place at the Dougie Mac Annual Ball in October. The money raised will help the hospice continue their important work of supporting patients with life-limiting conditions and their families.

Daniel Shaw, Marketing Manager at Listers Central comments: “Dougie Mac has been Listers’ chosen charity for many years. Some of our staff have witnessed the work that Dougie Mac do first-hand and as an organisation as a whole, Dougie Mac are a very inspiring charity. We hope that these Stoke City pieces raise plenty of money for Dougie Mac and we’re delighted to help in any way we can in our continued association.”

“We’re really grateful to the team at Listers for continuing to support the hospice,” adds Suzi Smith, Head of Corporate Fundraising and Events at Dougie Mac Hospice. “We are heavily reliant on donations from our local business community to help us provide the incredible care we have become renowned for.”

Increasing their support within the local community is just one of the many ambitions of new owner Roy Frost. Acquired in September last year, the Stoke-based firm joins GJB Window Systems in forming the GJB Holdings Group. The move allows Listers Central to grow its position as a nationwide supplier to the trade, building on their strong relationships with VEKA/HALO, the Residence Collection and Solidor, as well as the successes of Elitis, their wide-spanning support strategy.

Listers Central is one of the industry’s biggest names, renowned across the country for its expansive product range across uPVC, timber and aluminium and its unrivalled marketing support package, Elitis. With Roy Frost now at the helm, the firm is part of GJB Holdings, a £22m turnover supergroup which also contains GJB Window Systems, one of the UK’s largest Eurocell fabricators. 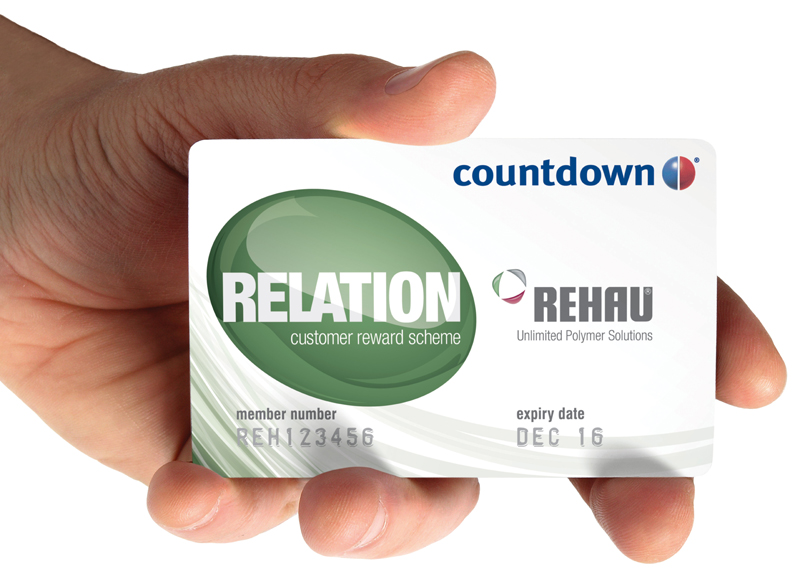 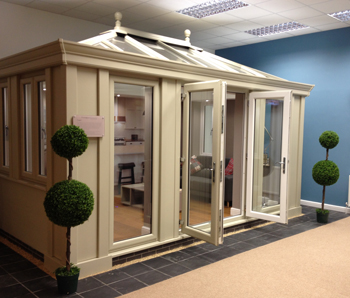 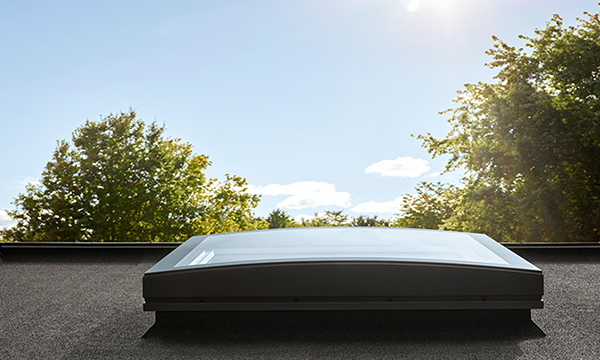 BIGGER REWARDS WITH VELUX® THIS AUTUMN