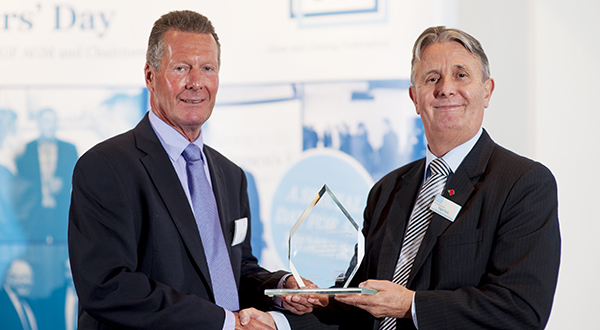 Saint-Gobain companies have been GGF Members since the early 1990s and today the Saint-Gobain Group is still as active as ever in the Federation. With representation at over 20 Specialist Groups and Committees Saint-Gobain and its subsidiaries continue to contribute to the GGF’s collective technical expertise for the benefit of the industry.

Brian Baker, current GGF President, has worked with the Federation on behalf of Saint-Gobain companies since they joined the GGF. Most of Saint-Gobain’s input in this period has come from or through Brian. It was therefore fitting that on GGF Members’ Day, 1st September 2015, Brian accepted a special GGF award to commemorate Saint-Gobain’s 350th anniversary.

On receiving the Award, Brian commented:

“It was a genuine privilege to accept this award to mark the 350th birthday of Saint-Gobain. It is extra special to accept it as GGF President on an occasion such as Members Day. Though it was a pleasant surprise, it really shouldn’t have been when one considers all the work, time and effort shared between Saint-Gobain and the GGF to advance the industry.”

From the Federation’s perspective Saint-Gobain has played an important part in the development of the GGF technical information and expertise. Here’s a timeline of how the relationship has developed over almost 4 decades.

(The antecedents of the Flat Glass Association were the Plate Glass Association, the records for which go back to 1880’s. There is more evidence in the Minute Books held at GGF Head Office of the Glass & Glazing companies meeting for their common interests a century earlier in 1780)

“It’s important for the GGF as the industry’s leading trade organisation to have large global players such as Saint-Gobain on board to help drive our strategy and activity. Since the GGF was formed, we have grown stronger because of the quality of our Members. Saint-Gobain have made and continue to make an invaluable contribution, in particular on the development the GGF’s technical information that has served our Membership and the industry so well for the many years. I wish them all the best in this landmark year.”

“I congratulate Saint-Gobain on their 350th brand anniversary. It is especially pleasing for me to see their success and longevity in the industry because I have been involved with the company and Brian since they joined the GGF over 25 years ago. Technical publications such as the Glazing Manual and the Safety and Security Good Practice Guide would simply not have held the same authority had it not been for Saint-Gobain’s and Brian’s time, effort and expertise.”

“The GGF felt it was only appropriate to make this gesture as Saint-Gobain is the oldest brand in our industry and the company and its subsidiary companies have contributed so much to the GGF and the industry over many years. It is particularly fitting that Brian as President accepted the award as his work with the GGF on so many fronts has been and still is exemplary. On behalf of all connected to the GGF, my sincere congratulations to all at Saint-Gobain on their 350th anniversary.”

“The relationship between Saint-Gobain and the GGF grows stronger every year and I am pleased the Federation has acknowledged our work, knowledge and strong relationship with this special award to celebrate 350 years of the Saint-Gobain brand. I have no doubt that both organisations will continue to work together for many years to come, not just for their mutual benefit but to improve standards, information and expertise across the entire glass and glazing industry.” 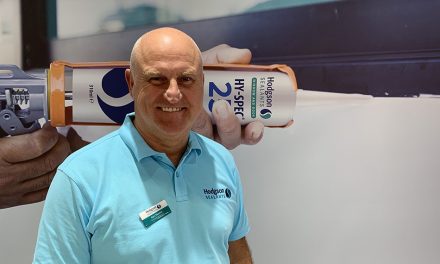 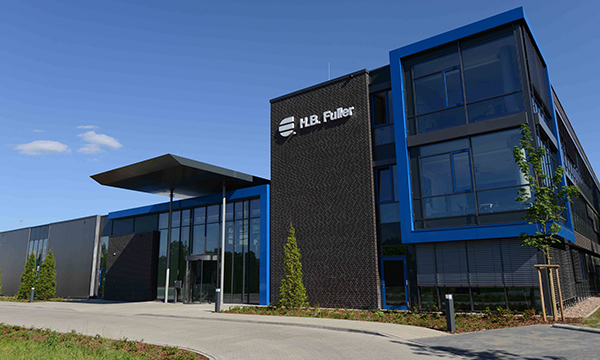 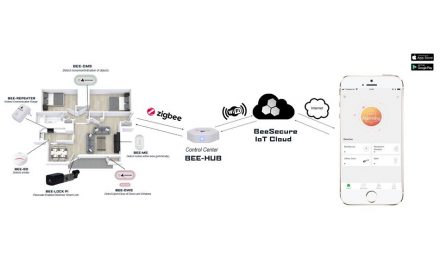