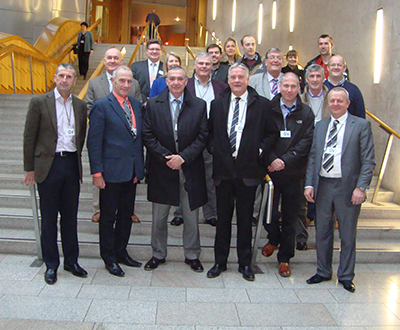 Alex Gray, Chairman of GGF Scotland commented, “It’s been an amazing week and so important for the profile of the GGF to be raised in Scotland’s political arena. Sincere thanks to Margaret McCulloch MSP and Nigel Don MSP who helped facilitate the GGF’s Exhibition and arranged the lunch and tour of The Scottish Parliament buildings for our Members.”

Nigel Don MSP added, “It was good to see an industry authority like the GGF exhibit at the Scottish Parliament. They made an excellent job of explaining why we must make buildings more energy efficient; it not only saves money but also helps reduce fuel poverty.”

Ann-marie Waugh, GGF Regional Executive added, “It has been a very productive week and many MSPs are now aware of the GGF and our campaigns and in particular our drive on energy efficiency in existing buildings. It was pleasing to receive positive feedback from our Members who visited The Scottish Parliament representing GGF Scotland.”

Many of the MSP’s who visited the GGF stand responded well to GGF initiatives for addressing both the energy efficiency of the existing Scottish housing stock and ensuring replacement windows and doors meet the Scottish Building Regulation requirements.

It was clear that they were keen to find out more when told of the GGF proposal to create a voluntary competent person scheme (CPS) similar to FENSA in England and Wales, which would be aided by the development of a dedicated Scottish version of the GGF Good Practice Guide for the Installation of Windows and Doors.

The GGF expects that these two new GGF initiatives will help address the issue of poor compliance of the Scottish Building Regulations (especially in the area of energy efficiency) by informing both the homeowners in Scotland and companies operating in the home improvement industry. In addition both initiatives should further elevate the GGF’s profile in Scotland and build on the progress made.

Two of the highlights of the week included GGF representatives meeting former First Minister of Scotland, Alex Salmond MSP and Richard Lyle MSP mentioning the GGF and the Federation’s “Cut the VAT” campaign in his speech in The Meeting of Parliament, 3rd December 2014. Mr Lyle stated:

“At an event before I came to the Chamber, I had a discussion with representatives from the Glass and Glazing Federation. Those representatives informed me that the UK Government is charging 20 per cent VAT, instead of 5 per cent VAT, on replacement windows. That is another example of where we could improve matters and help to address fuel poverty, if we were minded to do so and if the UK Government would do so.”

Representing the GGF at the Exhibition, James Lee, Head of Group Marketing and Communications commented, “This has been an outstanding week for the GGF at the Scottish Parliament. We have made direct contact and held good discussions with over 20 MSPs, who have taken a genuine interest in the GGF, our campaigns and our industry.”

In addition to the events at The Scottish Parliament, GGF Scotland also held two well attended exclusive Members’ events on the morning of 4th December in Edinburgh. Firstly, Russell Day, GGF Technical Officer conducted an early morning Fire Resistant Glazing (FRG) Training Course for installers with nine delegates attending. Following the FRG Training, GGF Scotland Members met to discuss key issues on Health and Safety and Technical as well as hearing a presentation from Historic Scotland followed by a debate on the issues of glazing in traditional buildings.

Alex Gray, Chairman of GGF Scotland summed up the week saying, “It was clear that Members enjoyed themselves at the Scottish Parliament and the related GGF events with good networking and topical discussions throughout. Thanks to all the Members for attending and also thank you also to the GGF staff for their tremendous efforts in making this a week to remember for GGF Scotland.”

To find out more about GGF Scotland or if you would like to attend the next meeting, please contact the GGF info@ggf.org.uk or call 020 7939 9101 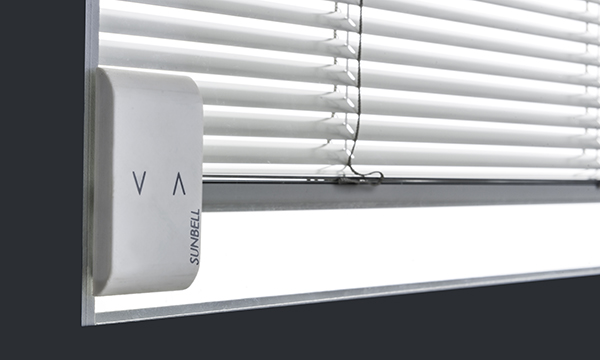 ‘ALL IN ONE’ SHADING SOLUTION FROM SUNBELL 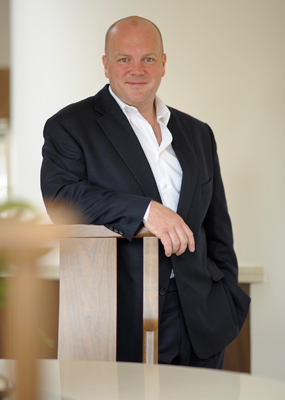 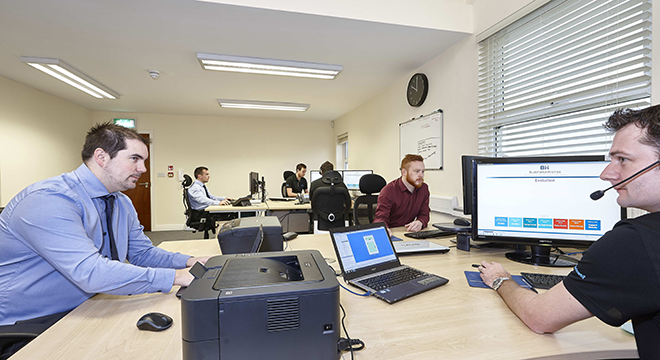 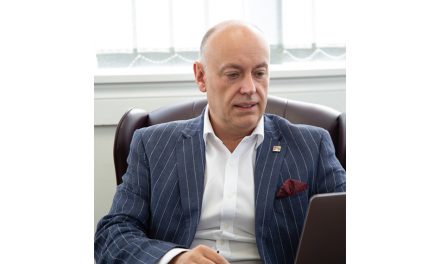 IN UNCERTAIN TIMES, YOU NEED A PARTNER YOU CAN TRUST