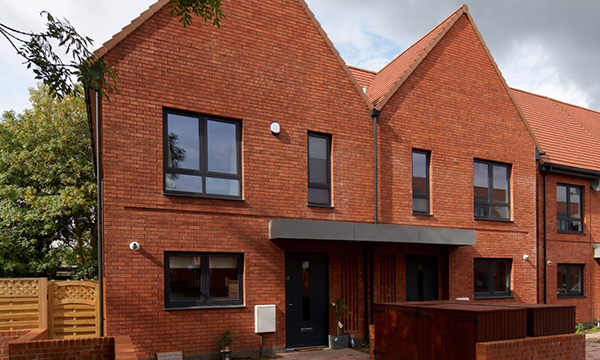 Built in 1875, the Barnes Hospital is a French Gothic style building where patients from Manchester Infirmary were sent to convalesce. The Grade II-listed building, which was closed in 1999 and left to deteriorate, is now receiving a new lease of life as developer Henley Homes creates the Barnes Village around it.

Alongside the 38 homes that are being constructed within the Victorian building, Henley is building a further 117 two- and four-bedroom townhouses in the hospital grounds. The challenge for Henley and its construction division Reis Construct was to find windows for the new-build houses that would complement the character of the hospital’s originals, while providing the best possible insulation and acoustic performance.

The original specification from Jeffery Bell Architects called for an aluminium and timber profile for the new houses. However, in liaison with the local conservation officer, Reis elected to substitute these for Eurocell’s Modus flush sash casement window in Anthracite Grey. As well as satisfying the aesthetic requirements, the Modus windows offered a more cost-effective solution while delivering better performance than the original specification.

The Barnes Village development, close to the village of Cheadle in Greater Manchester, is well-connected, on the A34 and close to the M60 and M56. However, this does mean that traffic noise could be a nuisance which is why noise attenuation is an important feature for the windows. Modus’ multi-chamber profile, designed to increase thermal performance, also aids the windows’ acoustic performance too.

Featuring a unique 75mm six-chamber profile system, the Modus range delivers the optimum energy efficiency performance and can achieve a U-value as low as 0.7 from a standard system using triple-glazed units. 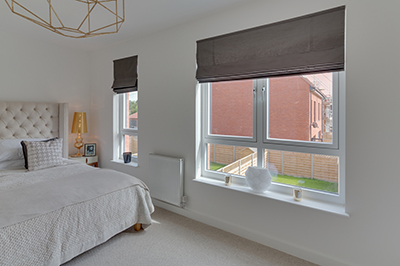 The Modus casement, reversible and tilt and turn windows were among the first to achieve the ‘A++’ band in England and Wales for Window Energy Ratings (WERs) since the British Fenestration Rating Council (BFRC) launched the new rating in May 2015. The ‘A++’ rating is only given to those windows an energy index value equal to or greater than +20.

Consisting of 50% post-consumer recycled PVC-U as standard, this range of doors and windows demonstrates a sustainable use of materials and has a smaller carbon footprint than products made or recycled outside of the UK. Eurocell achieves this by employing dual material extrusion technology (DMET) that layers post-consumer recycled and ‘virgin’ material simultaneously, so the recycled material is concentrated in the central core of the profiles where it cannot be seen once the door or window is installed.

The first PVC-U window and door system to offer a 12-year guarantee (on white profiles), the Modus system is available in nine solid and woodgrain effect colours, all of which are available with white internal finishes to create a light and airy living environment. A further range of more than 25 solid and woodgrain effect finishes is available to special order, including colour both sides.

Eurocell worked with Reis to find three window fabricators to provide quotes for the £750,000 windows contract, with Unique Windows System winning the tender. “We needed to find firms that could handle the volume of windows and that had the right health and safety procedures in place for a site of this size,” explains Gordon Heron, Eurocell’s senior business development manager. “It’s also important to provide someone who is financially stable; that works in both directions.” 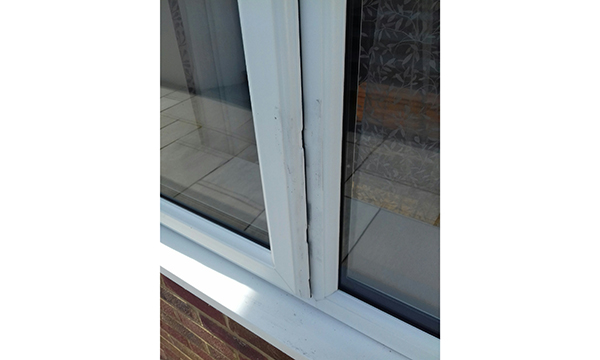 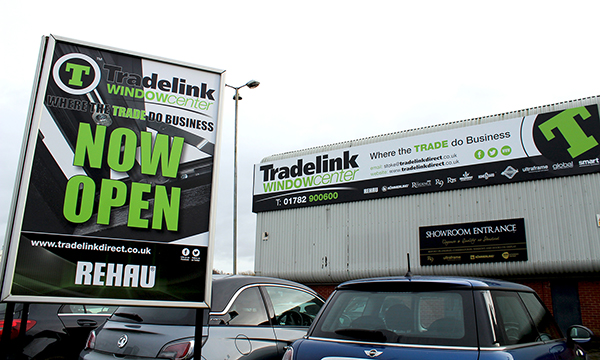 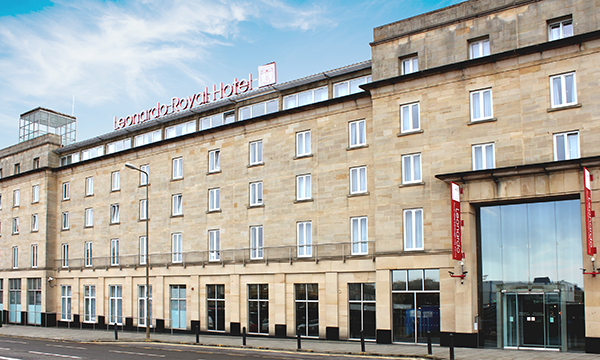 A ROYAL FINISH FOR NEW LEONARDO HOTEL IN EDINBURGH 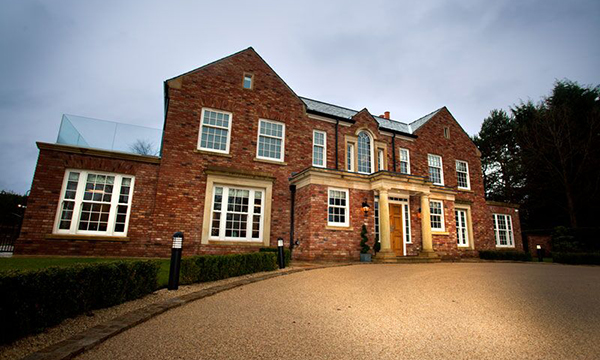 THE CREAM OF THE CROP FOR D&M