EAST OR WEST… GLAZERITE’S BEST FOR CONSERVATION-GRADE VS 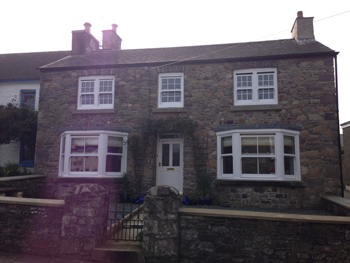 Trade fabricator Glazerite is celebrating another heritage application for its traditional looking Vertical Slider – and has proved the window is popular literally from coast to coast.

Just a few months after the acclaimed white woodgrain foiled VS was chosen for a vintage styled house near the most easterly part of Britain, on the Norfolk coast, the same authentic appearance has now won a place in a Conservation Area near the most westerly tip of Wales.

Consent for the installation, near the historic cathedral city of St. Davids, was granted by the Pembrokeshire Coast National Park authority because the VEKA-based Glazerite windows were virtually indistinguishable from the traditional timber they were replacing, according to David Morris, director of Gardinia (West Wales) which carried out the installation.

Glazerite director Jason Thompson added: “It is still very rare for anything in PVC-U to be accepted in a conservation area or anywhere else in a heritage setting so we are very proud that our vertical slider is one of the forerunners in this movement. Of course, it makes perfect sense for such properties to have all the benefits of a high specification PVC-U window as long as it looks authentic. Our vertical slider provides this by offering a wide mechanically jointed bottom rail, run through horns and the use of mitred external astragal bar for that traditional appearance. We are very glad that a few planning authorities and other heritage bodies are now realising this.”

Demand for Glazerite’s VS continues to grow apace. Earlier in 2013, the company announced sales had not only more than doubled year on year but it also had to double the workforce on its dedicated VS manufacturing line to keep up with orders.

As well as its authentic appearance and slim sightlines, The Glazerite VS is available with a BFRC ‘A’ Rating, Secured by Design and is available on a ten-day turnaround.

Glazerite is VEKA’s largest trade fabricator in the UK as well as a prominent and long-standing Network VEKA member. It offers a fully nationwide service based on manufacturing units in Northants and Greater Manchester and a distribution hub in Bristol serving South Wales and The West of England.

76% OF INSTALLERS WANT THEIR NAME ON WINDOW ENERGY LABELS 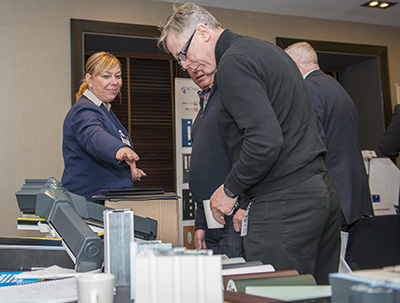 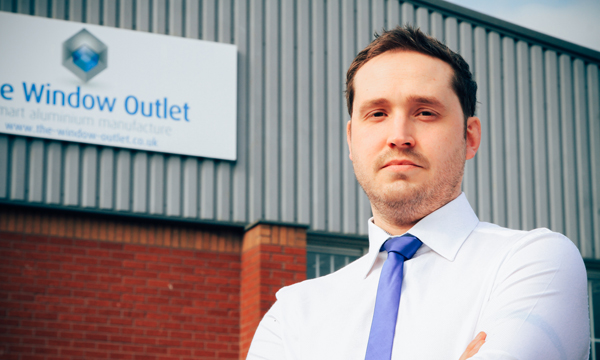