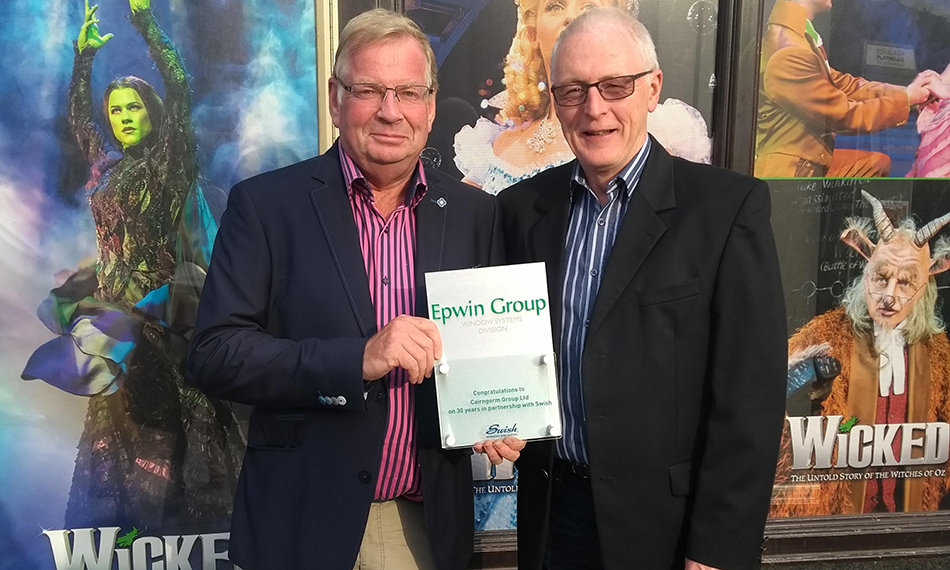 Paul commented: “We are delighted to be celebrating this partnership milestone with Cairngorm Group. The Group was one of the first companies to fabricate Swish windows and we’re proud to be still working with them to this day.”

As Paul says, Cairngorm was one of the first companies to join Swish. David comments: “We chose Swish because of its outstanding aesthetics that were streets ahead of what anyone else was offering at that time. Today it’s as popular as ever with our customers – its modern, contemporary lines mean it remains an extremely attractive system.”

David praises the quality of the Swish profile, which is more than able to withstand the demanding Scottish weather. “We need a system we can rely on to withstand our weather conditions and continue to perform. Features such as the additional 2mm weather cover on the Swish 24/7 system, which was groundbreaking when it was introduced, are important factors for us. We need a system we can fit and forget and that’s exactly what we get with Swish.”

He also praises its versatility: “In the retail sector, installers know that the Swish name is one that is often recognised by homeowners. It’s a valuable factor for them when they’re selling because it adds an extra layer of reassurance and provides a major advantage over competitor systems. In the commercial and new build markets, Swish is a winner too. Its quality and commercial integrity allows us to tender with confidence and it’s an area in which we have been extremely successful.”

David concludes: “We’ve needed to keep pace and adapt to the changing market over the years. But one of the few things we haven’t needed to change is Swish. Because throughout all the changes, they’ve consistently continued to deliver what we need.” 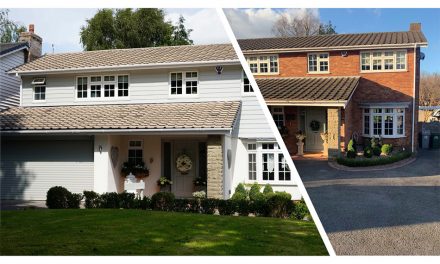 LET’S CELEBRATE A YEAR OF TRANSFORMATION

HALO WELCOMES ANOTHER FABRICATOR INTO THE VEKA UK GROUP 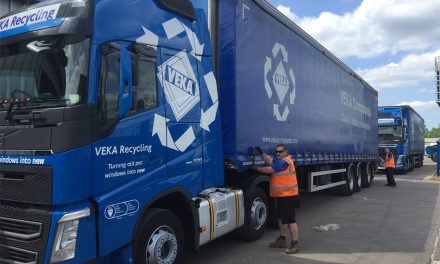 BACK ON THE ROAD AGAIN: VEKA RECYCLING FLEET IN FULL FLOW AS WINDOW INDUSTRY GETS BACK TO WORK