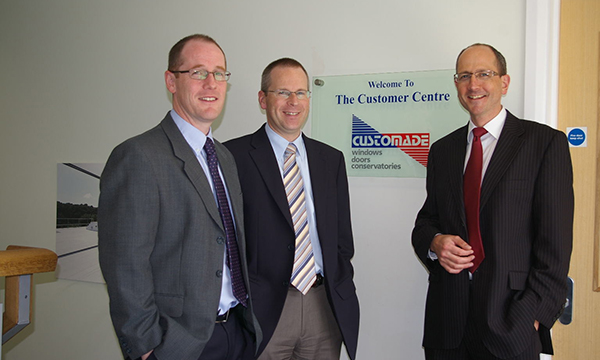 The Customade Group has hailed 2016 as its best year yet as it marks 10 years since directors John Adams, Nick Gibbons and John Lightowlers took over the business. This year has been the greatest ever year for investment and recruitment in the group’s 36-year history.

Group manufacturing capabilities have been strengthened with Customade and Atlas both expanding into new factories in Stonehouse, Gloucester. The group has also invested more than £1.5 million in machinery, premises, staff and stock to help Customade boost aluminium output by 50% and Atlas to double production of its glazed roofs.

Atlas has expanded production space by 40% and now operates from a 15,000 square foot factory, which has been kitted out with new equipment. The company is now fabricating 150 orangery and conservatory roofs and 40 flat rooflights per week on a double shift basis.

Nick Gibbons, Customade Group’s Operations Director, said: “This has been the best year yet for Customade Group and we are so delighted to celebrate a terrific 36 years of British manufacturing and 10 years since we took over the helm at the business. In those 10 years, we’ve seen boom, bust and Brexit, all of which have thrown their fair share of opportunities and challenges at our industry. I’m immensely proud to have been part of a dedicated team of people that’s taken the Customade Group from a £5 million turnover company into a group that’s now at £35 million and is still growing.

“In the last decade, we’ve created hundreds of local jobs and increased our headcount from 80 to 350. We’ve more than doubled the number of PVC-u frames we manufacture and we’ve made fantastic in-roads into the modern retail aluminium market. These achievements are a credit to everyone who has been part of the business in the last 10 years and I’m tremendously excited about the future of the group.

“This milestone investment into new people, premises and machinery has strengthened our position as a leader in the supply of a complete range of fenestration products. Aluminium will continue to be the biggest growth area in our industry for many years and our aim is to match increasing demand within the retail market. With a complete range of products and a robust supply chain, we’re well placed to satisfy the growing appetite for aluminium and to help installers to take advantage of some very lucrative new business opportunities.”

76% OF INSTALLERS WANT THEIR NAME ON WINDOW ENERGY LABELS 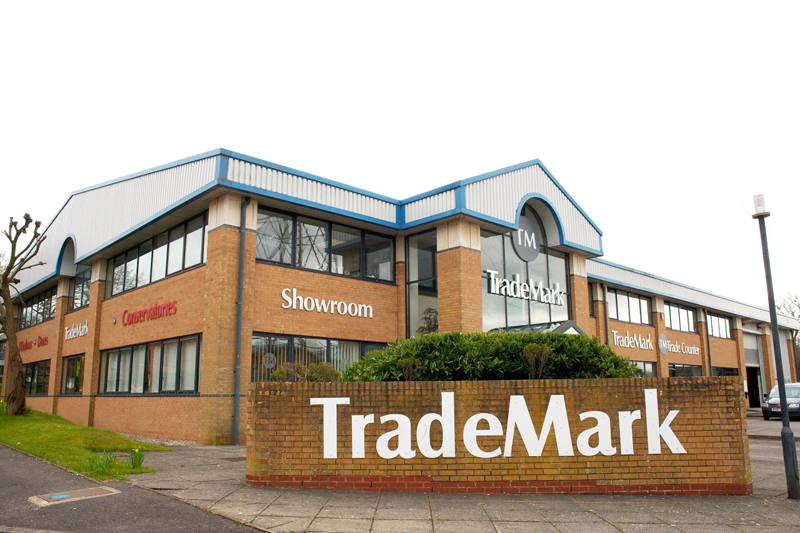 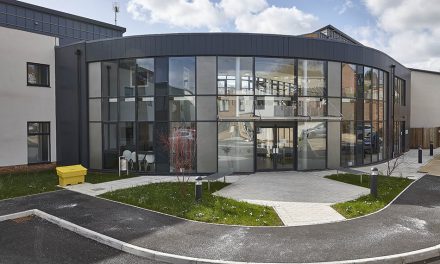 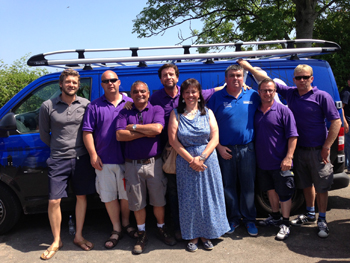 BBC’s DIY SOS calls upon The Window Outlet for help!